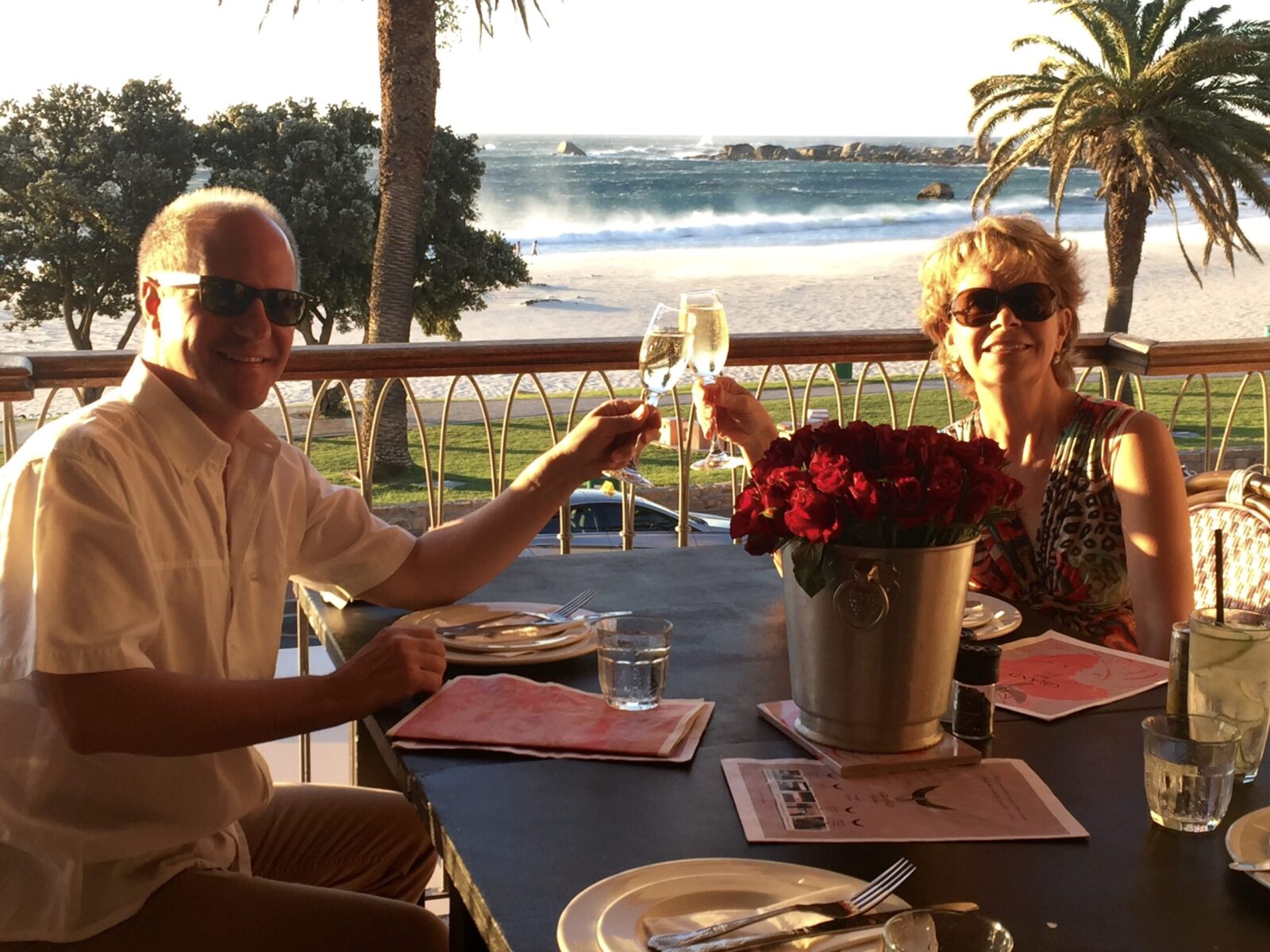 LOVE IS IN THE AIR

My husband and I celebrated our 30th wedding anniversary over the holidays. Yes I was young when we married. We even dated for 6 years before we married so I guess you could say that “Dan was the Man” for me. This sort of relationship is not so common with todays younger set.  For us, I think we feel like it is our third wedding anniversary. So how does that happen?
Thirty six years is a long time to spend with one person. Something Dan and I had going for us was that we met young so we have shared so many of life`s experiences together. So many decisions we made with the other person in the loop. Even making the decision as to which University I was going to attend, Dan was an integral part of.

It has not been easy and it is a lot of GIVE AND TAKE to keep a relationship for so many years. In the early part of our marriage Dan made numerous decisions that allowed me to follow my dreams. I was not one for sitting still and I made a temporary 4 month relocation in the early years to pursue my research for my Master`s of Science and then moved us shortly afterwards to a new city to pursue an MBA. After that I moved us to another city to pursue my dream job that turned out not to be such a dream. Instead after 4 days in my new career I announced I had a made a huge mistake. Instead of complaining about it (we had already bought a house and had started a DYI renovation) he said, “ok, well stick with it until we figure out something else”. Well that something else came along but it was in Switzerland! So within months of us moving, I was relocating to Switzerland, on my own. We had been married for 7 years at this point and we both knew that I would only be back to visit once every three months. We were sure that this was the right thing, but I would try it out for 3 months and then we would make a decision as to whether it was sustainable for us as a couple.

This was a big step and it required a lot of TRUST on the part of my husband. I went to work in a lively fun atmosphere in Lausanne and made some great friends from the beginning. I would be out clubbing until 4am and he would call me and ask where on earth I had been! Clubs were not open past midnight or so in Canada in those days. When he finally came to visit, he met my friends and had his Ah Ha moment, that life in Europe was so different, and we were good.

We were also lucky that we both had access to email. It was the beginning of the internet days and we both worked at research/teaching institutions so we had access to email. Without it, it might not have worked out so well. Email gave an easy way to COMMUNICATE when were living so far away and having very different experiences. 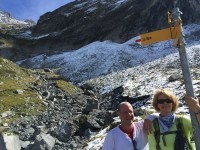 Eventually  Dan joined me in Switzerland, to do his MBA. A year later we moved to Singapore. This time it was for him to follow his dream. It was my turn to take the back seat and I will tell you this was not easy as I loved my work in Switzerland and maintained it for about 8 months. By this time though I realized that I had to really move to Singapore, not just fly in and out all the time as we did want to start a family. This began my journey of the remaking of myself. I had to be FLEXIBLE in my expectations of myself and my husband.

We moved Continents two more times and I have remade myself again and again. We have had many ups and downs but whenever we really disagree and really have an argument, we both realize that usually both of us are “right” in someway. We TAKE RESPONSIBILITY for our part in the disagreement and work on finding a solution. That old saying that you should never go to bed angry is a good one and we kept that in mind. In our 30 years of marriage there have only been a few times when I feel asleep still upset about something that he had done or said.

We also work a lot on keeping each others needs in mind. This is not easy as life has a habit of throwing curve balls now and again and sometimes our NEEDS are at opposite ends of the scale. It is important to have OPPORTUNITIES in relationships for both parties to fulfill their dreams or to sometimes take the back seat to the other person. This is not always easy as we tend to keep score and then say, hey, wait a minute, when is it my turn. Dan was patient, never complaining, and after 9 years of my career moves, he had his. This give and take is crucial in maintaining a healthy, loving relationship. What also helped in our case was that each city I moved us to, he had a great career opportunity.

When you next think about your own relationship keep in mind that it is important to be HAPPY WITH WHO YOU ARE AND LOVE YOURSELF in order to have a healthy relationship with your spouse. If you are not happy where you are in life, or are unhappy with some aspect of yourself, only you can change that. Thirty years of marriage has given me many self assessing moments and it has also brought great personal growth.

One thing I know for certain is that Dan and I have lived the Bible passages about love, and yes LOVE never fails.

“Love is patient, love is kind. It does not envy, it does not boast,
it is not proud. It does not dishonor others,
it is not self-seeking, it is not easily angered,
it keeps no record of wrongs.
Love does not delight in evil but rejoices with the truth.
It always protects, always trusts, always hopes, always perseveres.
Love never fails”.

Sorry, the comment form is closed at this time.